Full Day Tour to the South Valley of Cusco

The South of Cusco was a very important area for the development of the Inca Empire! Around 30 km in the South of Cusco you will find the city Tipon, which was a very important religious center for the ancient Incas and is equipped with a great irrigation system! Also, you will be able to explore a pre-Inca metropolis, an extraordinary planned urban city called Piquillaqta, where you will see apartments, parks and a great temple.

The ruins of Tipon show how the Incas reached an impressive development in their architecture, especially in their hydraulic construction of well-built canals. The inhabitants of Tipon built a long tall wall just to install a unique aqueduct. Some of the canals are still being used to provide the inhabitants of the area with water. Tipon is located 23 km southeast of the Inca Capital Cusco at a height of 3560 m.a.s.l., and was generally an important area for the development of the Inca Empire! Apart from the irrigation system, Tipon was very well-known as a religious center.

You will explore the pre-Inca metropolis Piquillapta as well, where you will discover ancient apartments, parks and a temple. Further in the South of Cusco, we will find a colonial town called Andahuaylillas, being famous for its main cathedral pan de oro, “Sistine Chapel of America”, that is beautifully decorated with frescos on the walls and ceiling.

This tour will take half a day, approximately 5 hours.

After this, we will continue our journey to the pre-Inca metropolis Pikillaqta. The word Pikillaqta is a Quechua word, meaning lousy town (piki = lousy, llaqta = town), although it is also called “city of the fleas”. This city was one of the most impressive regional centers of the Wari Empire from in Ayacucho (in the north of Cusco). The Waris, well-known as very brave warriors, extended their domain up to these areas, constructing Pikillacta as their center of politics, religion and admiration in the south of their empire. The ancient city has the same structure as a modern city with streets, avenues, parks, temples, administration buildings and large residential which are all surrounded by a very tall wall with main control gate. In Pikillaqta exist of more than 200 kanchas (apartments), 504 colcas (warehouses) and plenty of other constructions. The city must have accommodated a population of approximately 10 thousand people. All this makes us understand the importance of this pre-Inca city, which was occupied by the Incas for many years. Until today, it is a national archaeological park of great importance and admiration!

Afterwards we will visit Andahuaylillas, a small colonial village which is located on the street to Puno. The name of this village was Antawaylla (anta = barrel maker, waylla = prairie – both words united mean “coppery prairie”). At 3198 m (10490 feet), we can count on a good climate because of the surrounding mountains.
This town in particular has the pride to have a colonial catholic church, The San Pedro Church of Andahuaylillas. It was constructed for the Jesuits at the end of the 16th and the beginning of the 17th century. Its architectural structure is typical for small towns’ churches: its walls are wide, typical for the colonial buildings, and made with mad bricks called adobe. The facade is decorated with murals and two stone columns projected towards the main entrance.
Inside, this church has a special decoration that gives the denomination as the ‘Sistine Chapel of America’ as there are impressive paintings on the walls and beautiful wood carvings as the altars and idols. His main altar is made of solid silver sheets.

We will observe a picture of the “Virgin of the Asunción”, painted by the Spanish painter Esteban Murillo. The paintings that decorate the bases, as well as a notable oil painting of the archangel San Miguel, are attributed to Luís de Riaño (17th century).
Additionally, the church lodges a linen cloth collection of the Cusquenian Art School which represents the life of San Pedro (with impressive frameworks in bread of gold). As well, we will see a majestic organ, a silver goldsmith and a baroque altar inside the church.
After that, we will visit the immense Plaza de Armas of Andahuaylillas which is surrounded by leafy pisonay trees (choral trees) and palm trees. It is considered as one of the most beautiful places of the region!

On our way back, we will stop by a small town, for example Huaro, where the wizards lived during the Inca’s times. Again, we will stop in Tipon where you may try one of the main traditional dishes of the region, the famous ‘Roasted Guinea Pig’ (Cuy). Then we will return to Cusco around 02:00 pm.

Price US$ 100 per Person
Price is based on two people.

Exclusive international transaction fees: The amount of the extra transaction fees depends on how the payment is made and on your bank. For further information please don’t hesitate to ask.

Upon request, with each booked tour with Green Peru Adventures, you will receive a free walking tour of the mysterious and historic city of Cusco. You will be guided by one of our multilingual, professional guides.

We are looking forward to create an unforgettable experience for you. 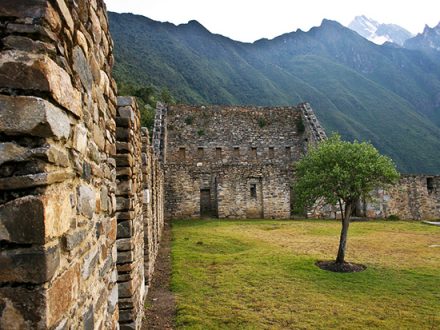 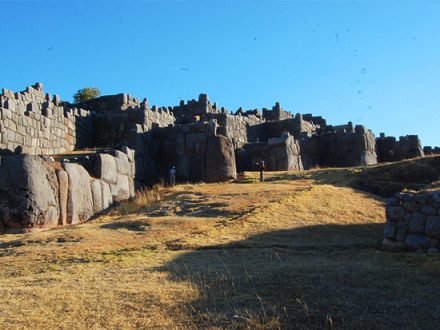 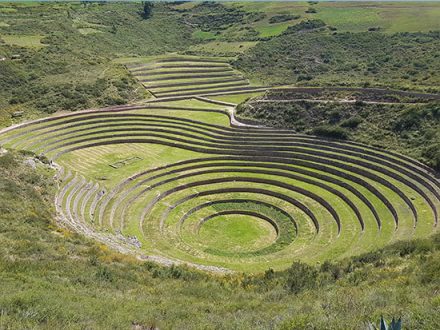 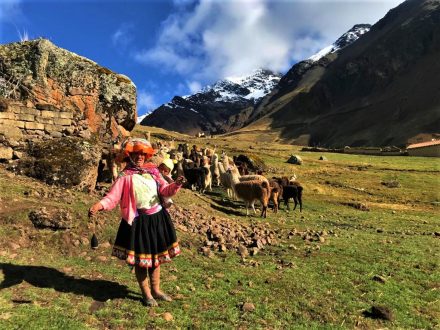